During this stressful time, we appreciate your support more than ever. Find out more. 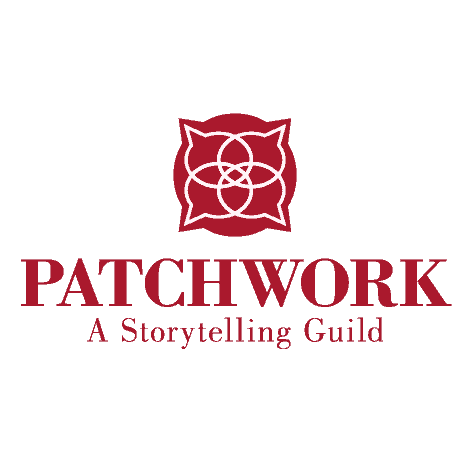 Supporting the Art of The Oral Tradition of Storytelling 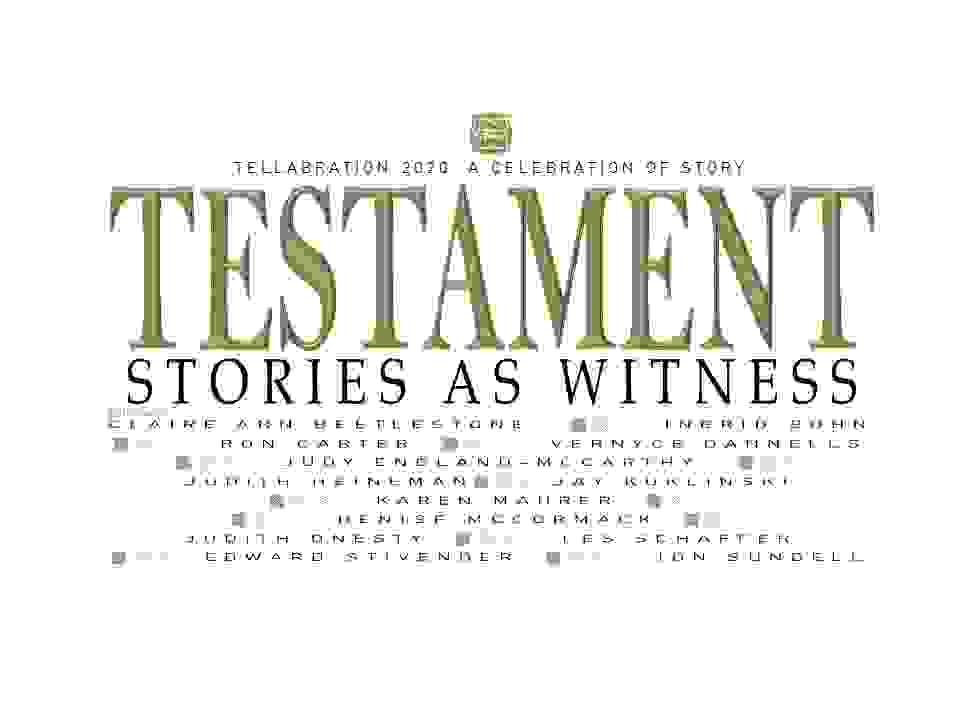 Your support and contributions enable us to meet our goals and mission.

A CELEBRATION OF STORY

Patchwork Storytelling Guild is proud to present its much-anticipated hallmark event and celebration of story, Tellabration 2020.

According to McCormack, storyteller and president of the guild,

"Whether the stories are truly true or not, they resonate with listeners because they express and embody our human values, the good and the bad, and provide a compelling lens for us through which to explore and challenge our beliefs and ideas. Stories are the purest evidence of who we are as a people, as a culture, as individuals. And it is incumbent upon each of us to weigh our merits against them and to fashion our paths using them as our guideposts.

This year's Tellabration gives credence to the very nature and inherent power of story."

This event is free for members, pay-what-you-wish for non-members, and open to the public.

This program is not recommended for very young children.

This is a Pay-What-You-Wish event.

We value your support.

Denise McCormack is your host for this event. She is the president of the guild and has been telling professionally for more than a decade, presenting programs throughout the tri-state area--to listeners of all ages and in a multitude of venues-- and is deeply committed to sharing the benefits of storytelling in a broad spectrum of applications from education and community to business, health, and well-being.

Among her many roles in storytelling, McCormack is president of the Patchwork Storytelling Guild, and an active member of various other local and national organizations wherein storytelling plays an integral role.

Dr. B's a newly retired physician who has worked with disadvantaged people around the globe .

A widow with no fixed address now ,   she travels  between the families of each of her five children in Europe and in the USA.


Wherever  she goes, she listens for stories and leaves  some of her own.

Ingrid entertains people in story and song and has been active in theater productions for over 30 years.

She is an Interactive Theater and Storytelling artist who shares traditional folktales, fairy tales, and literary stories from all over the world and brings to life multifaceted characters whose unique personalities aid in the cultural understanding.

Ingrid encourages role playing and audience participation and is a proud member of the Lehigh Valley and Patchwork Storytelling Guilds.

Vernyce Dannells is a performance teller, poet, and singer.

During her years in Hawaii, she was the one who opened Honolulu's famed Talk Story Festival.

She's delighted that her move to Philadelphia has meant participation in Patchwork: A Storytelling Guild. You may have encountered her during Chestnut Hill's Ghost Walk - she's the one who makes the babies cry and the adults jump!

Judy England-McCarthy has been creating & telling stories all of her life. As a member of Patchwork, along with several other Storytelling Guilds and the National Storytelling Network, Judy can be found performing at various events including libraries, schools and festivals throughout the Tri-State region.

With a strong theatrical background, her stories are filled with elements of humor and wisdom.

Judith Heineman is a storyteller, producer and teacher, who has been selected as an Illinois Humanities Council “Road Scholar” and an Illinois ArtsTour and Residency Artist.

Judith’s tales travel the world: offer up Mesopotamian myths, revisit the richness of Judean lands and lore, tell of battles with cunning Greek deities, toss doses of Grimm’s grimmest into the mix, take root in wild gardens, bloom and burst into memories that compel us to retell.

Born and raised in Philadelphia, Jay is now a retired actuary living in Havertown with his wife, Bonnie, also a storyteller. They have three grown children, and two grandchildren. Besides time with them, Jay travels with his wife, plays old man softball, umpires Little League, and has fun with friends. Only recently has he started telling, first with family and friends, then at Moth slams, and later at Tellabrations. He has told in Philadelphia, Boston, Washington DC, Nashville, and Grand Rapids. He tells just for fun, and his stories are usually true.

Karen Maurer has a remarkably storied background as a library youth services coordinator, writer, and blogger of children’s literature, She tells tales to all ages, coaches and runs Storytelling Workshops for children and teens, and writes songs for Chiles’ Play, a children’s musical duo with her brother, Dan.

Maurer has engaged audiences with her storytelling for more than two decades, is an advisor to the Patchwork community, a member of the LVSG board , and a presenter and reviewer of books for middle grades and teens for area literature conferences and on her blog, booksnstories.blogspot.com.

Judith Onesty has been telling stories ever since she ran into a bunch of cowboy poets and storytellers. She loves telling stories about her family, going all the way back to her great grandparents. The thing that she loves the best about storytelling is the special heart to heart connection that is made with the listeners. In 2013, Judith won first place in the Virginia Tall Tales/Liars Contest and she was also a Featured Regional Teller at the National Storytelling Conference.

"I’ve always told stories –believing that a good story will get you out of just about anything, feeling that storytelling can save the world. Now that I’m solidly an octogenarian, these values are even more critical for me.

Most of my stories are biographical, even the folk and fairy tales. And, I want to encourage each of my listeners, to create, cherish and pass their own stories along to the generations that follow us.

I tell, teach and listen to stories in a variety of settings. Here in Richmond VA, I lead and coach the Story Warriors, a youth storytelling group. I‘ve been teaching storytelling and related topics to Senior Citizens at our local LifeLong Learning Center for 20 years. Judith Onesty and I teach Basic and Family Storytelling Classes.

I tell at regional Story Slams and co-host a slam for Older Tellers A co-founder of Richmond’s Tell Tale Hearts Storyteller’s Theater, TwoTellersTelling Tandem Storytellers, I’m a current Board member of the Virginia Storyteller's Association (VASA). I’ve presented workshops, one-man and tandem-telling shows at Storytelling Conferences around the country.

A story-listener recently said that my telling is “…like scenes from a Christopher Walken movie."" I think that was a compliment. "

Ed Stivender, a self-described 'Daydreamer moonlighting as a Storyteller' has been entertaining audiences around the globe since his Jonesborough debut in 1980. Dubbed "The Robin Williams of Storytelling" by The Miami Herald, and "The Clown Prince of Storytelling" by Festival Founder Jimmy Neil Smith, he is well known for the mixture of wit and whimsy that earned him the NAPPS Circle of Excellence Award in 1996. Author of "Raised Catholic - (Can You Tell?)" he is available for custom Zoom parties and coaching. This season he will be found on the line-ups for the Timpanogos, Jonesborough, Weber State (Utah), and Azalea (Georgia) Festivals.

Jon is a professional bilingual (Spanish & English) storyteller/ folksinger living in Winston-Salem, NC, as well as a member of the NC Storytellers Guild where he has been a featured teller at two of their recent festivals, including 2019, where he performed alongside Donald Davis and Donna Washington.

For over 45 years, he has been interpreting traditional music, tales and dance with people of all ages and backgrounds across half of the United States and several countries in Europe and Latin America - in Spanish as well as English.

SUPPORT pATCHWORK AS WE CELEBRATE THE ART OF STORYTELLING

Not a Member? Join Today.